Article and main image by Gerry Laws. Thanks to Stephen Corstorphan for additional images and text. 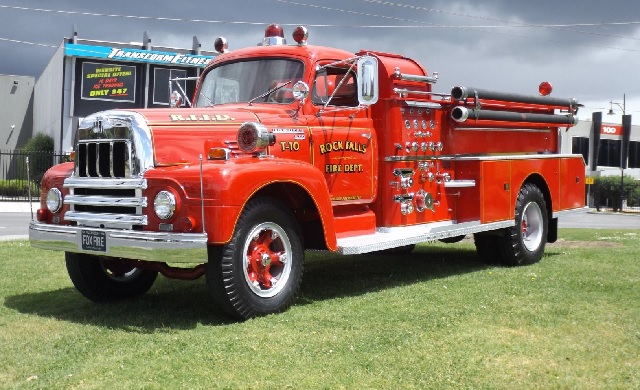 This spectacular 1954 R-192 International fire truck is part of the Fox Collection. It originally operated as Truck 10 with the Rock Falls Fire Department in Illinois, but was later transferred to the Dalzell Volunteer Fire Department in the very heartland of South Carolina. The R-192 model designation shows it was the heaviest option that allowed a 17,500 lb (8,000 kg) carrying capacity.

This fine example of a US domestic fire truck was restored back to new condition for the Fox Collection with a few extras by the staff at J Corstorphan Pty Ltd.

Below: Here’s how the truck originally looked in its days serving the Dalzell, South Carolina community 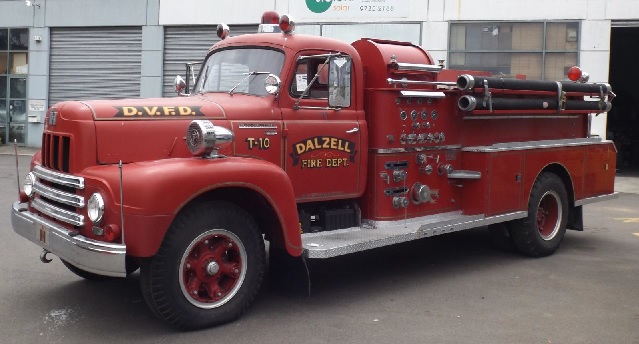 It has its original RD-450 petrol engine, 5 speed overdrive gearbox, single speed diff, power steering, heater, 9.00 tyres and showing only 14,000 miles. It even has the original 6 volt electrical system including siren

The restoration involved removing the cab and removing the engine. This gave an opportunity to replace the rear main seal and fit a new clutch. The carbie and fuel pump received a rebuild and all brake hydraulics and booster were reconditioned. The rear body was left on for sanding and painting, while all the checker plate panels were stripped and cleaned of 60 years of use before being repainted.

Every part was either painted inside and out, chromed or polished, then the interior received a complete re-trim, new glass and rubbers were fitted and the truck was rewired. To complete it all, the steering wheel was given a pearled finish. It’s such a nice finish to a fire truck with a lot of firefighting heritage.

Below: With the cab off, the body is sanded and getting primed 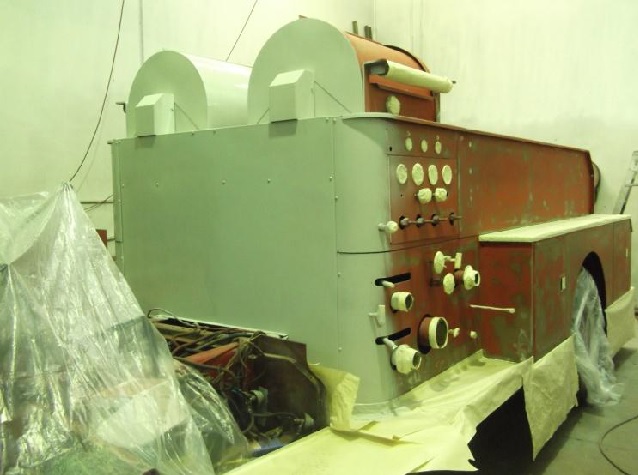 Below: Here, the cab is shown with its new paint and sign written back into Rock Falls FD logo, with reference to the John Bean High Pressure Fog 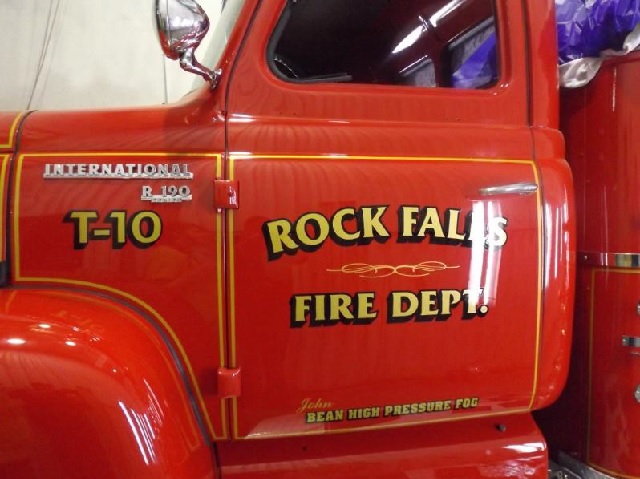 The John Bean company began to market high-pressure pumps that could be installed on fire apparatus the 1920s. The technology was advertised as a "high-pressure fog fire fighter" used for all types of fire fighting scenarios. The heyday for the Bean pumps was from the late 1940s to the mid-1970s, with the pumps operating between 600 and 850 psi. The system found a small following and was still being manufactured when John Bean's apparatus business was acquired by FMC. The new owner continued to market the pump until FMC ceased production of fire apparatus in 1990.