The “Once Upon a Time” Story of “Little Yvette”
Little Yvette was manufactured in Allentown, Pennsylvania, USA, in early 1917.
These brief points describe her colorful life to date.

• She was shipped to France late 1917 to support the Allied war effort.

• On arrival in France, she was billeted with British soldiers on a farm in Flanders.

• She was named Little Yvette by these British soldiers, after the Farmer’s 7 year old daughter, in the spirit of a mascot.

• She was sold in 1951 to a Swiss-French family and migrated with them to Australia that same year.

• After loyal service spanning 60 years on 2 continents, she retired in 1977 to a barn near Lilydale, Victoria.

• She was then forgotten and abandoned for more than 30 years.

• Little Yvette’s imaginary journey resumed when she was discovered in that barn in 2012 and relocated to Daylesford.

• She then underwent a mild restoration, completed in 2014.

This sculpture is a scaled down version inspired by the original 1917 series of Mack AC as it would have been presented to the British soldier in France. The most enduring challenge for Stefan was to create the distinctive sloping one-piece rear hinged bonnet – it was the bonnet which made this series very endearing and unique, and it was totally different to that of other manufactured trucks of the time. 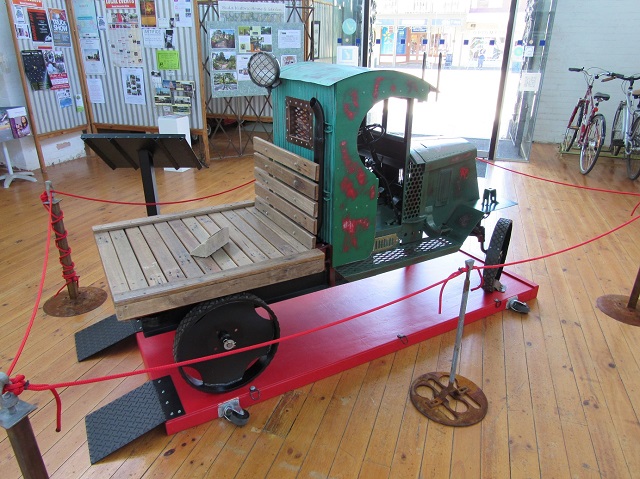 The dimensions came out at 2150 mm long, 1200 mm high at the enclosed C-cabin roof, and 850 mm wide at the wheel track. The whole construction of various metals and timber was recycled; Stefan built it from scratch in his workshop, including the wheels. Only the front end was a fortuitous search and find from a donor vehicle: it importantly provided steering which allowed the project to be manoeuvred from construction phase to completion and delivery by trailer. The sculpture includes a heavy drilled steel plate within the centre chassis to enable it to be mounted above ground on a pedestal. 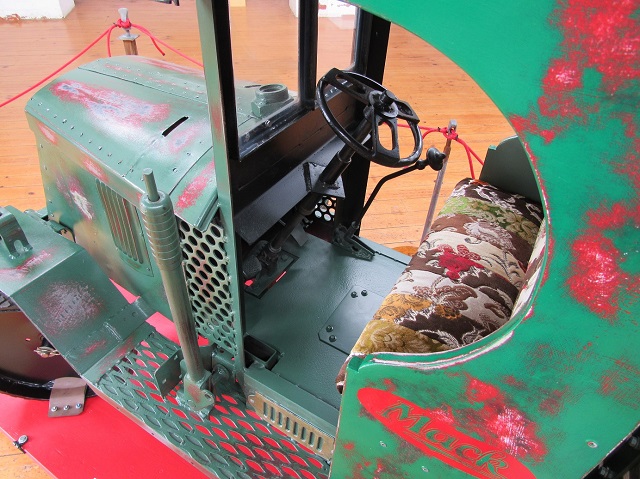 Stefan’s intensive research “transported” him into the era of WW1. He was then inspired to create this “sculptural story”, with the result that the project assumed an eventful life of its own. 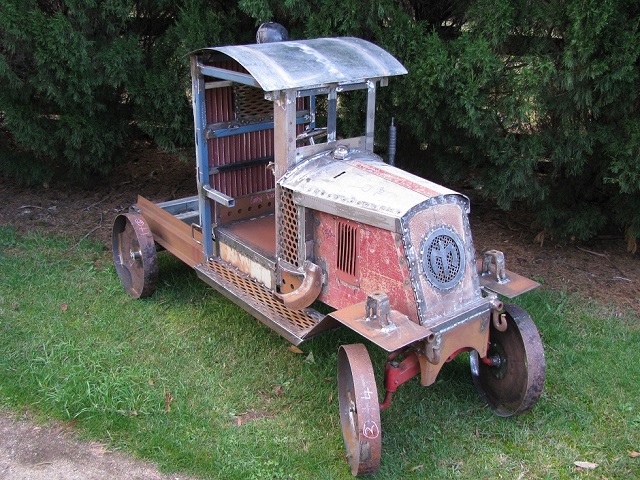 Stephan was invited to participate in the Summer Spirit Exhibition at the grand historic Castlemaine Market Building and Visitor Information Centre. The co-ordinator gave her pride of place at the front door, and she looks amazing on her red plinth with matching red bollards. Visitors get free entry and the Show is open 7 days until 1st February, 2015.