I Finally purchased a '68 F Model Mack some 40 years after my first trip as an eager kid in a semi Adelaide - Darwin also in an F Model. Found her on the F Model Mack Facebook page over in Kalgoorlie and flew over two weeks ago to pick her up. 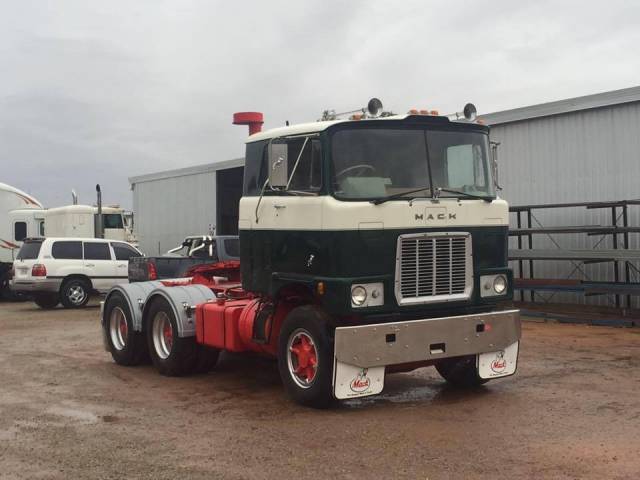 She's a tidy old truck, originally a Wrights long wheel base stock crate pulling doubles. At some stage she's been updated to Maxidyne configuration with a 9sp OD RR.

So I fuelled up at Boulder for the start of the trip home to Sydney, 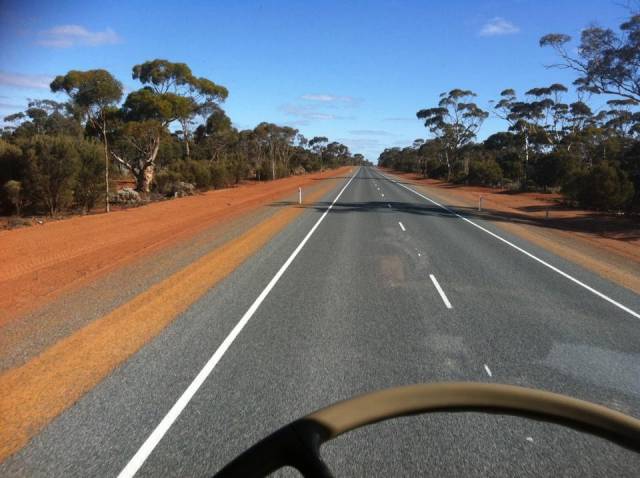 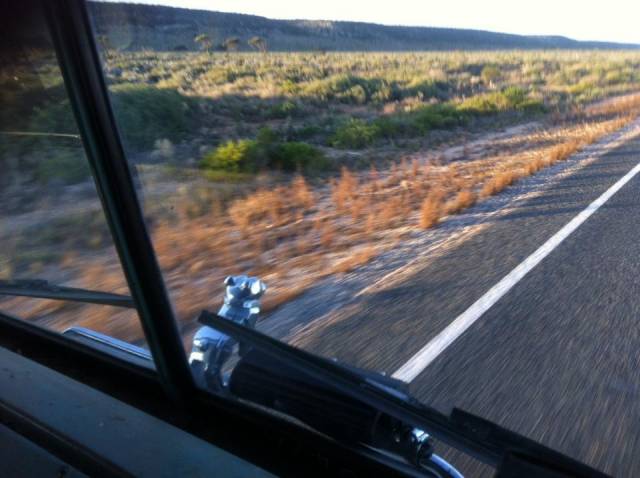 Stopped at Widgiemooltha for a serve of hot chips and to gradually let the rear tyres down in stages to Swishy's recommended 30psi that I'd previously researched in another thread. So I opted for 65psi, had two leaks (dammed caffeine aggravated bladder) and headed on down the road with a slightly improved ride about to the vicinity of Mt Morgan and then noticed the air gauge dropping rapidly. Got her off the road as the spring brakes came on at walking pace. Couldn't hear the buzzer as there were no door seals and I had ear plugs in. I was cruising along at 1900 (about 85k's) just getting the feel for the Ol girl.

Found the leak where the air hose joins the compressor exhaust manifold, the hose had a tiny split. So I had to turn her off to try and patch it.

I run an Amaysim/Optus mobile, so no coverage and the emergency Aldi Mobile/Telstra unit wouldn't register on the Telstra network over there for some reason... So I had to give it a go myself. First attempt was to clamp some old brake hose over the spilt. Re fired the motor (air start) and found she wouldn't build up over 35psi and the air start tank with its own gauge was now down to 80. Here's me thinking it's all over before it's even begun!

So, this time I carefully removed the whole manifold/hose assy and had a another try with duct tape, brake hose and clamps, fired her up, with the same result.
To make matters worse, the battery wouldn't hold charge, it had deteriorated in the 12 odd months the truck had been sitting, so the mighty little eBay compressor I had sent over earlier was of no use to me.

So I removed the little manifold to gain better access, everything was bloody hot too!

Then I remembered I had a Aldi Repair Tape pack in my tool bag. Had never used the stuff before, but I thought it was worth a try. So I read the instructions, activated the epoxy tape with a bottle of water, wrapped it lightly around the split and fitting as instructed, then worked the epoxy resin through the bandage type material (not using the disposable rubber gloves supplied) and then finally tightly wrapped the supplied rubber sheath around the repair as instructed. whilst waiting the ten minutes for it to go off, I tightly wrapped duct tape around the whole repair as thick as I dared to still clear the compressor and the re fitted some hose clamps to try and help the repair survive the hot pulses of the compressor.

I should add at this point that my mindset was one of disbelief that this was happening, but with an overriding sense that this problem could be solved quickly, even though I couldn't lift the cab by myself due to the cab torsion bar being out of adjustment.so luckily I'm a thinish guy and can fit between the steer tyre and chassis, just!

My hands were a mess from the resin, but I had a roll of workshop hand towels with me, so along with sacrificing a bottle of diesel conditioner I was able to clean my hands somewhat.

Refitted the hose/manifold gingerly (to avoid cracking the aged rubber inner lining) in the hope it would hold and that the truck would start, the start tank now showing 65psi, she started up immediately being warm and started building up air normally. So now the gauge would climb right up to 125psi and then leak back to 90. I had only been seeing a best of 105 very gradually prior to this.