A Melbourne bound R190 International, operated by H.E. Thomas Transport of Main Ridge, Victoria, is seen in the early morning on the Hume Highway on the outskirts of Wangaratta around 1963 or 64. 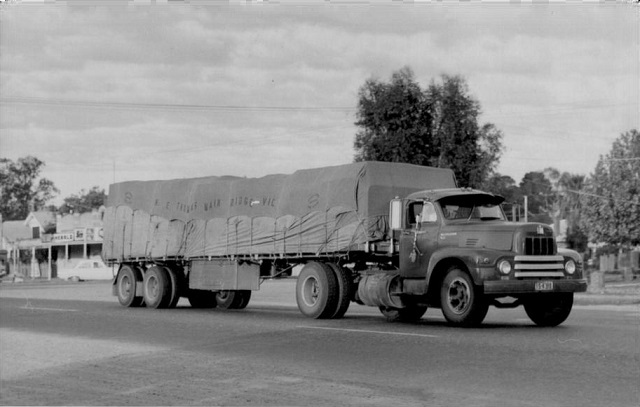 Getting a bit tired now, only a few more hours to go before he reaches Melbourne. But as was often the case, reaching the destination was not the end of it. There was unloading and loading to do which took up most of what was left of the day.

Probably, after a few hours sleep but never enough, he would be off again back to Sydney to repeat the performance. The ever present 44 gallon drum fuel tank chained to two cross bearers fitted to many trucks in this era was common, but not all that safe.

cool stores in the Goulburn Valley area. The loads are all double tarped and as neat as a pin (an art fast disappearing). I had just started work for D. & E. Cameron from Doncaster around this time and we carried fruit from Petty’s or Tully’s cool stores in Doncaster to this same wharf amongst others. 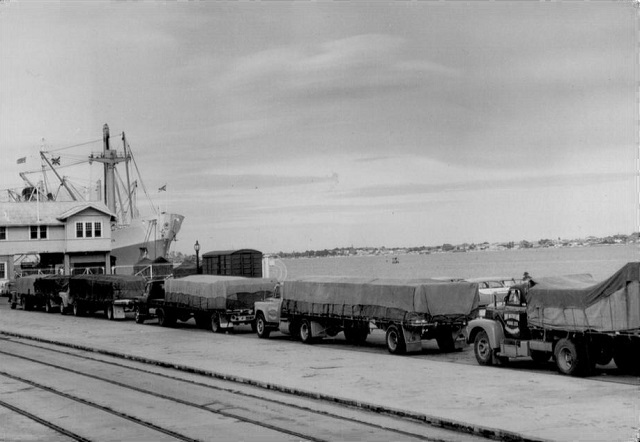 Stan Miller’s Transport of Nagambie, Victoria owned this R190/200 model International, snapped on the TRB weigh bridge on the Hume Highway at Seymour, Victoria. The load appears to be cases of tomatoes with empty beer barrels on the tail, all bound for Melbourne. The photo was taken in 1957 and shows an early round fronted strap type trailer. Once again, the strapped on 44 gallon drums are evident. The Motorcycle Policeman in his customary ‘jodhpurs’, waiting by the roadside to call in the next victim!

Over weight and out of time in the log book, not the truck drivers day. 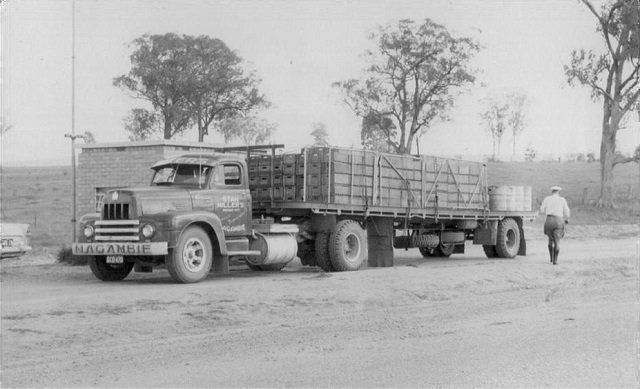 Collier’s Transport of Melbourne ran a fleet of these Buda Diesel powered ‘L’ series Internationals. Set up as tanker truck and trailer combinations, they were a common sight on interstate routes. This photo was taken in 1957, a year after the company was acquired by Mayne Nickless. I can remember these trucks in the early sixties, by then relegated to local work around Melbourne. They seemed always to be in need of a wash, no doubt due to the spills of edible oils, which to my knowledge they carried. 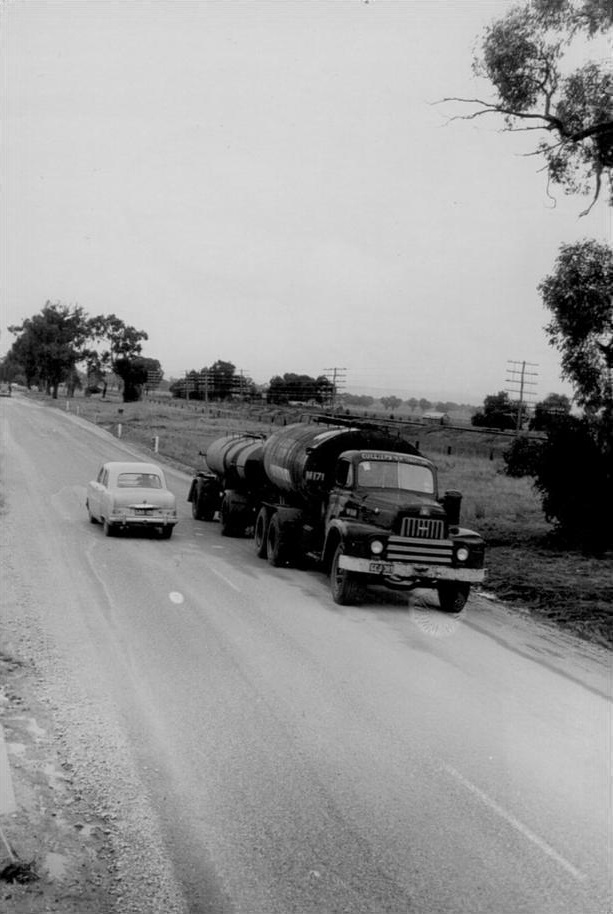